English Premier League side Arsenal FC have partnered with 12Bet according to reports. The deal with the English giant is reported to be a long one as 12Bet becomes the official betting partner of the Gunners in Asia.

The English Premier League is set to begin this weekend with the first round of games. Choosing a casino provider can be a confusing affair: Do you go with a brand name that you recognise or do you get involved with an operator who you’ve seen advertise heavily on national TV?

For most of us it can be a tough choice but one way to filter through the many options is to look at the welcome bonuses.

Interpol was reported to have arrested over 4000 people in well coordinated raids as they clamp down on illegal soccer gambling.

Interpol carries out the raid across eleven different countries during the Euro 2016 continental tournament in France. The latest global operation was mounted against illegal gambling and the operation in China, France, Malaysia, Singapore, Greece, Thailand, Vietnam, and Italy. The operation SOGA VI is the sixth investigation into football gambling by Interpol, the organization that facilitates cross-border policing, according to the Guardian.

SOGA is short for “soccer gambling” and has bedevilled the game and people for long, so the raid was to cut on the illicit operation. Another operation called Aces is well targeted at illicit betting websites and call centre operations in Cambodia, South Korea, the Philippines, Thailand and Vietnam.

With soccer continuing to develop in China, soccer betting is also experiencing a boom. More and more people are turning to online betting sites to gamble. 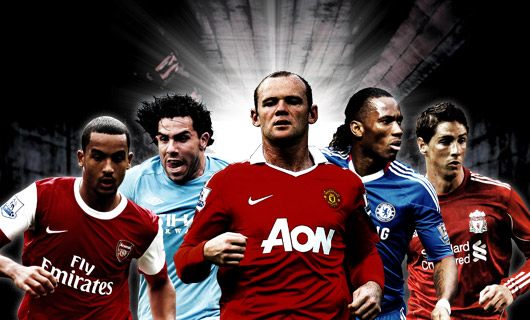 However, this has also given rise to illegal gambling online.

Illegal gambling in China is mostly done through messaging apps such as WeChat and Alibaba apps. Given that online gambling is illegal in China, it is very difficult to get accurate information from gamblers. They said that most of the gambles are done through the use of messaging apps and that the payments are distributed by money transfer services such as bank transfer, Alipay or WeChat.

Newcastle legend Michael Owen shared his thoughts on the Europa League final before he flying out to Basel for BT Sports ahead of the final.

The retired footballer turned Pundit is also a BetVictor Ambassador.

The Reds have won all three UEFA Cup/Europa League finals they have played to date whilst their Spanish opposition in Wedneasday’s final are unbeaten on four of such finals so one of the sides will lose their proud record in Switzerland. Owen predicts the Spanish guys will be the one to lose it. The retired player thinks Liverpool will lift the trophy (7/5) and will not only do so but will do it in regular 90 minutes.

Former Real Madrid star Jose Antonio Camacho believes that Vicente del Bosque should continue as the Spain manager even after the Euro 2016.

The World Cup winning coach is expected to announce his decision to step down from the job after the European championships next month. The 65-year-old has so far not made it clear what his future holds. The recent disappointment of the World Cup 2014 seems to be playing a lot in his mind. Despite going into the World Cup 2014 as the reigning champions, Spain suffered an embarrassing group stage exit.

Liverpool are looking to finish in the top six and the hopes of doing so will be boosted heavily by a win against Chelsea in the midweek action.

This is the penultimate game of the campaign for the Reds, who have just qualified for the Europa League final. Winning this game will give them access to the Champions League group stages next season, but the club want to make sure of a European qualification place even before the game. A run of seven victories in the last 11 matches has seen the club move closer towards the top six.

We’ve all got our opinions as to who will win Euro 2016: the patriots will be backing England, the romantics will tip Spain to complete a hat-trick of titles, the statisticians will be supporting France given that they have won their last two major tournaments on home soil, while the realists will be looking to Germany to take home yet another trophy. That’s a debate in which all of the headline-making teams are available at short prices – and thus there’s not much appeal for the erstwhile punter. Instead, many will seek potentially profitable avenues elsewhere; one of which is the Top Goalscorer market.

With less than a month to go until the start of Euro 2016, preparations are well under way across the twenty-four nations who will all hope to achieve glory in France this summer.

The end of domestic league seasons across Europe have signalled the perfect time for national team managers to select a provisional squad containing players they believe have the quality to go all the way. A series of warm-up games could prove decisive in who makes the cut as a variable number of players are whittled down into a 23-man squad, with managers likely to give everyone a chance to impress and earn their place on the plane to Euro 2016.